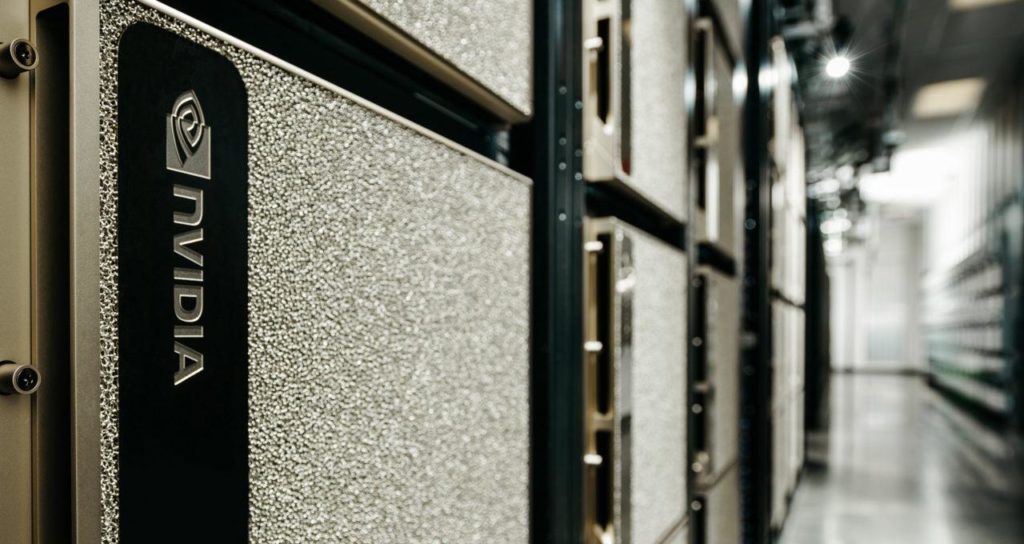 The NVIDIA DGX SuperPOD™ simplifies how the world approaches supercomputing, delivering world-record setting performance that can now be acquired by every enterprise in weeks instead of years. NVIDIA sets the bar once again in supercomputing, building a well-balanced system with 96 NVIDIA® DGX-2H™ servers containing 1,536 NVIDIA Tesla® V100 SXM3 GPUs. The DGX SuperPOD has earned the 22nd spot on the June 2019 TOP500 list.

The combination of NVIDIA accelerated compute architecture, Mellanox network fabric, and system management software comes together with the goal of delivering a solution that democratizes supercomputing power, making it readily accessible, installable, and manageable in a modern business setting.

This post describes key aspects of the DGX SuperPOD architecture including how selected component minimized bottlenecks throughout the system, resulting in the world’s fastest DGX supercomputer. We also discuss details on how the NVIDIA DGX POD™ management software enabled rapid deployment, accelerate on-boarding of users, and simplify system management.

The DGX SuperPOD is optimized for multi-node DL and HPC. It was built using the NVIDIA DGX POD reference architecture, and was configured to be a scalable and balanced system providing maximum performance.

Features of the DGX SuperPOD are described in Table 1.

The first DGX-2H supercomputer (Circe) consisted of 36 DGX-2H servers and went from concept to results in just three weeks. Its successor, the DGX SuperPOD, represents the buildout of the original DGX-2H supercomputer to 96 servers. Initial system testing used the TOP500 benchmark (HPL) to measure performance and ensure system stability. NVIDIA researchers then ran the MLPerf v0.5 benchmark suite on the system prior to it being put into production. Since then, the latest MLPerf v0.6 has been released.

The system achieved the following results from the HPL and the latest MLPerf v0.61 benchmarks:

The DGX SuperPOD has four networks:

Figure 1 highlights details of the four networks. We’ll take a look at network details in the following sections.

Each GPU has access to two local network ports of the eight connections used for the compute fabric. “Local” means the GPU can reach the network port directly over the PCIe. One of the two ports is a primary port where traffic only traverses a single PCIe switch. The other port can be reached but traverses multiple PCIe switches. It’s ideal to use the network port that is closest, but the other port can be used in the event of a hardware failure on the node or the switching fabric.

We designed the DGX SuperPOD compute network around the NCCL communication pattern described above to maximize performance, minimize congestion, and be cost efficient. The topology design connects half of the compute network ports to one CS7500 switch and the other half network ports connected to the other CS7500, alternating between ports in order of enumeration. The odd numbered ports connect to one switch and the even numbered ports to the other switch.

Each switch internally is a full-fat tree providing the necessary bandwidth for each rail of the network. One third of the total ports directly connect between each switch to provide connectivity for general HPC application traffic.

The benefits of the topology above are:

The high-performance storage network consists of a 100 Gbps/EDR InfiniBand-base network using the Mellanox CS7510 Director Switch. Separating the storage traffic on its own network removes network congestion that could reduce application performance and removed the need to purchase a larger switch to support both compute communication and storage needs. The storage network requires approximately 220 ports to support the two connections from each compute node, 28 ports from the ESS nodes, and several additional ports from the management nodes. The CS7510 allows for future upgrades and let other DGX servers connect to the ESS nodes.

Each DGX-2H server node, IBM Spectrum Scale server nodes, and login/management nodes have one uplink to the In-Band Ethernet network. The In-band network uses Arista 7060CX2 port switches running at 100 Gbps. Two uplinks from each switch connect to the datacenter core switch. Connectivity to external resources and the internet connect from the datacenter core switch.

The out-of-band network handles system management via the BMC as well as providing connectivity to manage all networking equipment. Providing out-of-band management is critical to the operation of the cluster, supplying low usage paths to eliminate conflicts between management traffic and other cluster services. The out-of-band management network uses a single one Gbps Arista 7010 switch. These switches connect directly to the datacenter core switch. In addition, all Ethernet switches connect via serial connections to existing Opengear console servers in the datacenter. These connections provide a means of last resort connectivity to the switches in the event of a network failure.

Note: this is an allocation on internal switch for the appliance.

A long-term storage system archives datasets and older results. Important scripts, source code ,and small data files (typically output and restart files) are stored on the Home filesystem. The Home filesystem is typically configured with a full set of features of the different storage tiers. All data are backed up regularly and advanced features like snapshots allow users to manage their data.

Table 2 summarizes the storage/caching hierarchy. Depending on data size and performance needs, each tier of the hierarchy can be leveraged to maximize application performance.

The DGX POD management software includes third-party open-source tools recommended by NVIDIA which have been tested to work on DGX-2 POD racks with the NVIDIA AI software stack to provide additional functionality. Support for these tools can be obtained directly through third-party support structures.

Figure 4 shows The DGX POD management software, which is composed of various services running on the Kubernetes container orchestration framework for fault tolerance and high availability. Services provided include network configuration (DHCP) and fully-automated DGX OS software provisioning over the network (PXE). The DGX OS software can be automatically re-installed on demand by the DGX POD management software.

DGX SuperPOD monitoring utilizes Prometheus for server data collection and storage in a time-series database. Alertmanager configures cluster-wide alerts and the Grafana web interface displays system metrics. For sites required to operate in an air-gapped environment or needing additional on-premises services, a local container registry mirroring NGC containers, as well as Ubuntu and Python package mirrors, can be run on the Kubernetes management layer to provide services to the cluster.

You can find the software management stack and documentation as an open source project on GitHub.

The DGX-2H supercomputer deployment is similar to deploying traditional servers and networking in a rack. However, the high-power consumption and corresponding cooling needs, server weight, and multiple networking cables per server, need additional care and preparation for a successful deployment. As with all IT equipment installation, it is important to work with the datacenter facilities team to ensure the environmental requirements can be met.

The supercomputer consists of 32 racks:

Compute racks were distributed such that no more than three were on a given power bus.

The racks are air-cooled (without liquid assist). The deployment uses 48U racks to accommodate four DGX-2H servers and minimize the effects of dynamic (velocity) pressure for the power-dense racks.

The design guidelines above can be modified to meet local datacenter requirements. Options include reducing the number of DGX-2H servers per rack, adding additional in-rack fans, and adding rear-door (liquid) heat exchangers.

NVIDIA DGX SuperPOD based on the DGX-2H server marks a major milestone in the evolution of supercomputing, offering a solution that any enterprise can acquire and deploy to access massive computing power to propel business innovation. As demonstrated by its TOP500 and record-breaking MLPerf v0.6 results, organizations now have a modular, cost-effective and scalable approach that eliminates the design complexity and protracted deployment cycle associated with traditional supercomputing technology.

About Robert Sohigian
Robert Sohigian is a technical marketing engineer in the Enterprise Products group at NVIDIA. He has an extensive background in technical writer, systems engineering and quality assurance/engineering. Before joining NVIDIA, he spent over 20 years in the systems group at Sun Microsystems/Oracle eight of which he lived in Beijing.
View all posts by Robert Sohigian

About Craig Tierney
Craig Tierney is a Senior Solution Architect at NVIDIA supporting high performance computing (HPC) and deep learning (DL). His focus includes the architecture of GPU based systems to maximize HPC and DL performance and scalability as well as large scale data management and application optimization. Prior to joining NVIDIA, Craig spent over 15 years providing high performance computing architecture and computational science support to NOAA and several other government and educational organizations.
View all posts by Craig Tierney

About David Coppit
David Coppit is a Data Center Architect at NVIDIA. He has been at NVIDIA for 11 years, working on software build and test infrastructure and cloud infrastructure prior to his current role. Before joining NVIDIA, he was an Assistant Professor of Computer Science at The College of William and Mary.
View all posts by David Coppit
Related posts
NVIDIA Boosts AI Performance in MLPerf v0.6
By Dave Salvator | July 10, 2019

Migrating to NVIDIA Nsight Tools from NVVP and Nvprof
By Holly Wilper | July 15, 2019